An eight-year-old girl from the UK became one of the youngest to have reached the Kalapathar and Everest Base camp on March 10, 2020"

Eight-year-old Amelia Monk (born 2012 in England) has held the record as she becomes the youngest Briton ever to reach Kalapathar 18373ft and Everest Base Camp 17500 ft. She reached the Base camp on March 9, 2020, when she was 8 years old, with her Father Dan Monk and uncles with the support of the Sherpa guides from Alpine Ramble Treks, they started their journey in Kathmandu-capital city of Nepal with cultural heritages sightseeing tour before embarking on the 12-day trek to Base Camp. Amelia is a bicultural child, her father Dan Monk is from England and her mother is from Thailand Asia. She is currently studying at Panyaden International School.

Amelia Monk is an incredible girl who loves and care for the animals and street dogs, she would like to support and help them and has been involving in the local charity that’s called HandtoPaw, through this initiative she has helped many street dogs particularly at temples, and encourage others to take on challenges to support other nonprofit organizations.

The remarkable accomplishment of Amelia Monk is an inspiration to all the adventurous and expeditionary around the world.

Amelia enjoyed staying at the local tea houses and eating local meals during her trip to Everest. She was amazed by the local people and their lifestyle up in the high mountain region. she said, hiking to Everest base camp was an amazing and life-changing experience.

“In order to achieve success on your goal, you must believe that yourself and help others” as well as “If you don’t give up, then you can do anything,” said Amelia Monk. 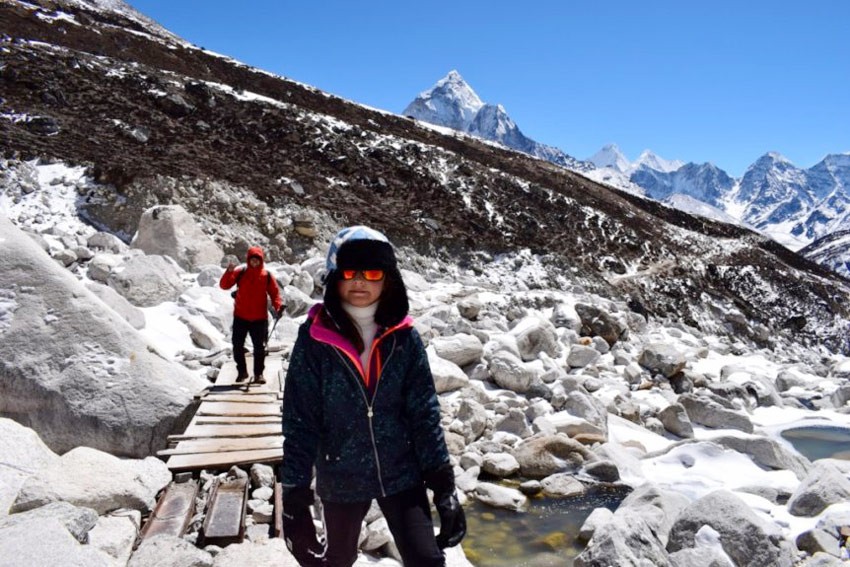 "She would like to climb Everest as well in the future!

Click this Video for Amelia trip to Everest Base Camp Trip 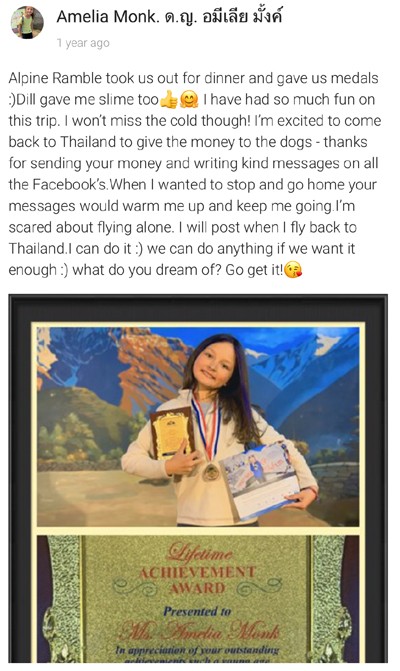 Trekking to the base of Mount Everest is not an easy task even for those adults. But Amelia from the UK has successfully made it at the edge of just eight-year-old. What a proud moment for all of us! Not only she is taking on such an impressive feat at such a young age, but she is also raising money for Chiang Mai’s Hand To Paw dog rescue in the process. A self-described adventurer, Amelia has skied in Japan, spotted orangutans in the jungles of Borneo, and ran in a Spartan Race in Pattaya, to name only a few of her travels.

Amelia is also an avid animal lover and was saddened by the prevalence of street dogs in Chiang Mai, particularly at temples. She wondered, who helps these dogs? Her parents told her about Hand To Paw, a Chiang Mai- based volunteer organization that provides basic health care services to temple dogs. Hand To Paw relies completely on donations and volunteers to vaccinate, treat injuries, feed, and provide emergency 24-hour support to dogs living at temples. 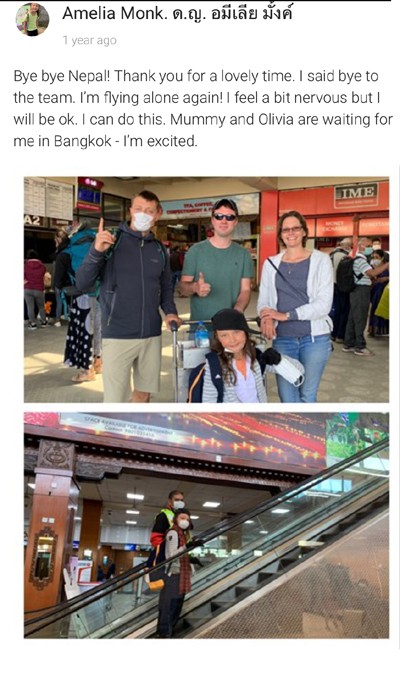