Embark on less-crowded remote trails of Nepal, stride on lush forests, and local villages, and reach the most exciting lands of the Himalayas.

Nepal is well-renowned for its adventure and trekking destination in the Himalayas. Conversely, the terrain of the Nepalese Himalayas offers various stunning and most popular trekking routes such as an Annapurna base camp trek, Everest base camp trek, Langtang trek, and many others.

Despite the popular and crowded treks in Nepal, there are several trekking routes in Nepal with less-crowded where you can trek into peaceful environments in your own spirits without having any sort of hassle.

Trekking in Nepal is an unforgettable travel experience. Be part of any of following a less-crowded trek to explore the peaceful villages, many abundant valleys, winding mountain trails dotted with wheeled prayer flags and wildflowers, gorgeous waterfalls, gargantuan Alpine glaciers, and of course the legendary snowcapped peaks of the world's highest mountains.

However, any of the less-crowded treks in Nepal offers it’s the combination of awe-inspiring wilderness, vibrant culture, and gentle pace that captures the hearts of those who visit, luring people back as well as massive mountain peaks and corroborating Nepal's official tourism slogan: Once is not enough. 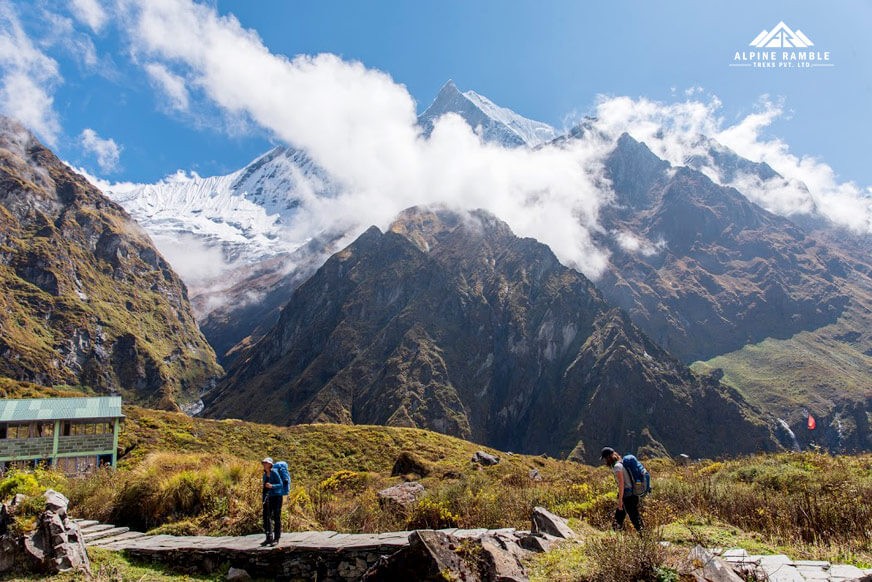 The Ruby Valley is named after the valuable gem Ruby that can be found in this region, brags amazing lakes called Seto Dah (White lake) and black Kund (Dark lake), illustrious natural hot springs along with elegant culture on pristine form potted by the friendly inhabitants people of Gurung and Tamang people of this region.

The Ruby Valley Trek is one of the newest trekking routes in Nepal whichis known as Nepal’s best home-stay treks that has gained popularity in a shorttime.

The Ruby Valley trek offers the most accessible trekking in Nepal. Duringthis trek, you will be entering with the local people and experiencing the localmeals along the way.

The Ruby valley belongs to the Ganesh Himal region whichis completely dominated by spectacular Ganesh Himal nestling in the remotesetting of the tiny country Nepal, yet you will be rewarded by the fabulousother high neighboring mountains like Langtang and Manaslu ranges 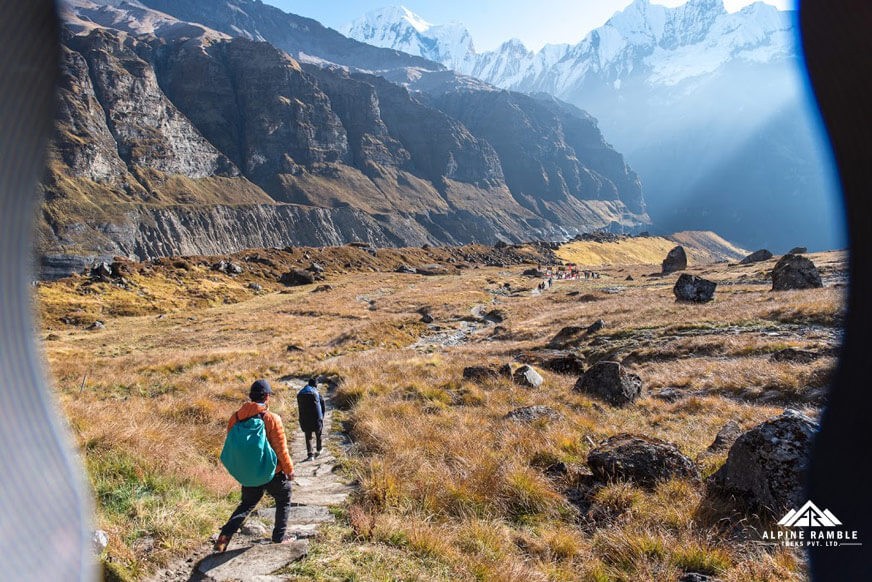 Trek to Mardi Himal is suitable for the people who hunt for a wonderful opportunity to explore the beauty of nature and cultural variations short in time as the route can be completed in approximately one week.

The Mardi Himal Trek is one of the outstanding Hidden Gems that brings you to the most beautiful part of the Himalayas; it is a new popular trekking route as well as an easy one that can be done by any average trekker without any previous hiked experiences in the Himalayas.

The Mardi Himal trekking routes now have designed various trekkingitineraries. If you have a week or more than a week of holidays then we dorecommend a 10-day Mardi Himal trek which includes some days to acclimatizeduring the trek.

This fascinating Mardi Himal trek offers the unspoiled culture andnature of the mountain region along with the spectacular view of Annapurna I,Mardi Himal, Annapurna South, and Machhapuchhre (Fishtail), Hiuchuli, and manyother snow-capped peaks. 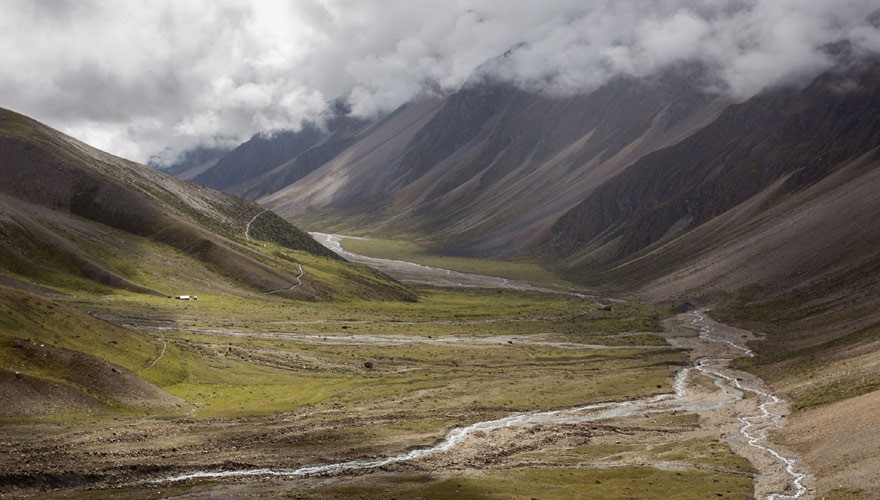 The Kanchenjunga Base Camp Trek lies near the border of India and Sikkim which is the eastern part of Nepal. Kanchenjunga trek in Nepal was officially opened for travelers to trek about years ago but this route is still hidden due to its less publicity.

This is why this trek is now one of the less crowded hiking trails in Nepal where fewer travelers go on this hidden treasure.Mount Kanchenjunga is the 3rd highest mountain in the world and trekkingin this area is relatively moderate to strenuous where travelers need to issuea special restricted permit which is a mandatory trekking permit to enter thisregion for the travelers.

Yet, the Kanchanjunga area is declared arestricted trekking route that you need to have a local trekking guide alsomandatory.The Kanchenjunga trek normally starts from Kathmandu with a short flightor by road (14 hours) to Taplejung.

Furthermore, you will be stepping towardsthe most iconic Kanchenjunga valleys which are naturally blessed places withfantastic scenery of the Himalayas into the region where you will be able tospend time with the locals. The people in this area are very royal andhospitable with the warm culture.

During this trek, you will see the beauty of nature and culture freelywith no crowds and you will meet a few other trekkers during the Kanchenjungatrekking, the tea houses in this area are very basic where you will have spentalmost 2 weeks. Meanwhile, the travelers who are intended to do this trek makesure you are physically fit to trek for a minimum of 5-7 hours a day. 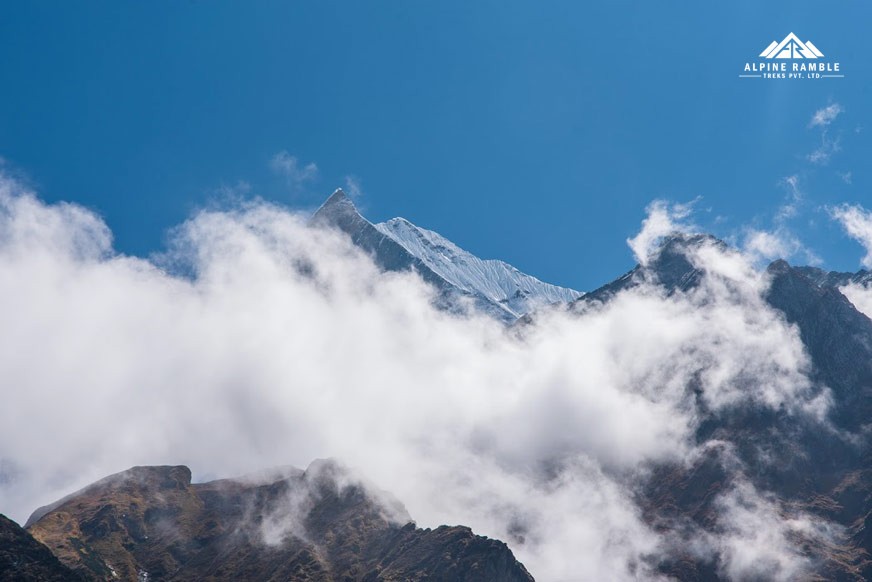 The Khopra Ridge Hike is an increasingly beautiful and less-crowded trek that has an extension to the Poon Hill trek, This short excursion takes you to a ridge with fantastic close-up views of spectacular mountains like Annapurna- the 10th highest mountain in the world, alongside the Mount. Dhaulagiri is the world's 8th highest mountain.

However, this trek is a moderate hike that takes you through the mostadmiring places of the mountains region, visiting several local places ofthe Magar, and Gurung villages.

The Khopra Ridge Trek offers a low-key, peaceful trek to lofty viewpointson the flanks of Annapurna South and Fishtail (Machapuchare). If you have aweek then go on this trek to enjoy the beautiful culture and nature of theHimalayas where you will be immersed in the beauty of the world. 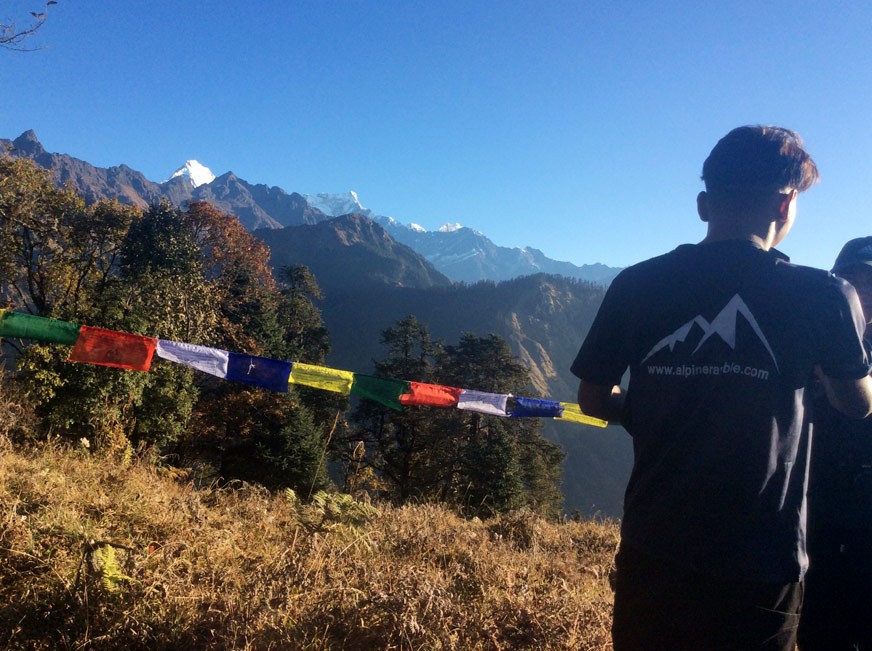 Dolpo region of Nepal is an alienated kingdom that lies on the eastern side of Nepal. A long year back, Dolpo was a different kingship. As soon as the monarchy was thrown from Nepal, the kinship system of the Upper Dolpo region also was dismissed.

Dolpo is one ofthe remotest regions of Nepal, trekking in this region leads you through scenic,hidden valleys and ancients holy monasteries, having your quality time enjoyingCaptivating views of the spotless water lake of Phoksundo, encountering Yak caravans that cross the high Himalayan passes and vibrant mountain people who live in some of the highest settlements on earth like Dho-Tarap valley.

Dolpo is truly out of the world. Enjoy the beauty of wild remoteness, unspoiled nature, and tradition of the people, their unique economic activities where you can also encounter the famous the practices of Bon-Po religion, blue sheep, and snow leopard. 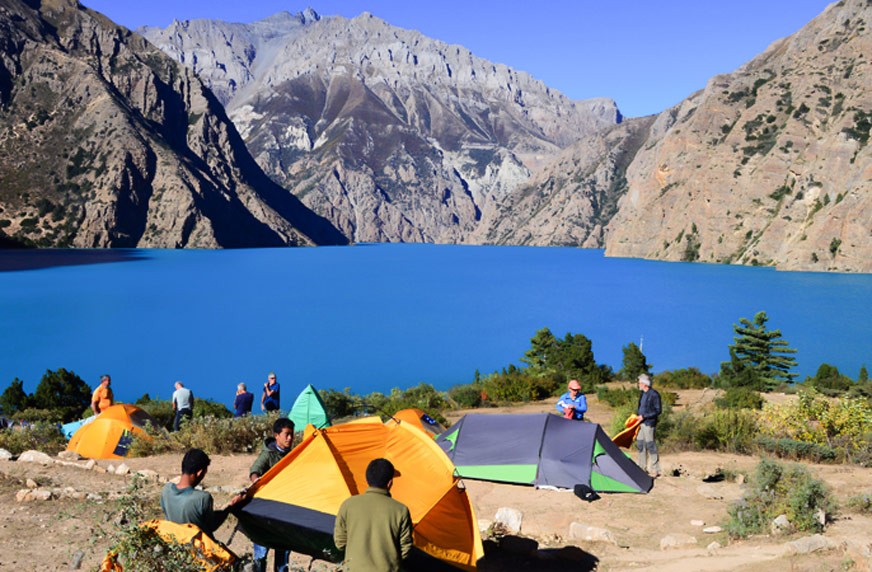 Rara Lake is the biggest lake in Nepal which lies at an altitude of 2,990 meters and goes as deep as 167 meters. Trekking in Rara lake is a unique opportunity to be among trails that have crushed the isolated trails of western Nepal where trekkers are fewer than in other regions of Nepal.

This trek begins in Kathmandu with a scenic flight to Nepalgunj and then to Jumla. From Jumla, you will set onward on a journey that undertakes greater loneliness and a chance to be in attendance of the unbelievable lake called The Rara Lake situated at an altitude of 3,010m/ 9,875 feet above sea level.

And Rara Lake is the highest lake in Nepal that is proudly addressed by the Nepalese people as the Queen of Lakes as well.

Trekking in this peaceful valley is truly something beyond your imagination exploring the world’s finest park as it called Rara National Park while entering this park you will be seeing the animals like Himalayan Thar, musk deer, Himalayan black bear, leopard, Himalayan goral, and other exotic animals.

On your journey, you will not only be in the presence of snowcapped mountains, forests, and enchanting lakes but will also get to witness the rustic life of the locals who call this remote land their home.