The quick answer is about $45,000.00 but there are several choices to be made when climbing Mount Everest and each has different cost consequences:

North or Southside – the price is a little cheaper climbing from the north side in Tibet.

Guided or non-guided – a logistics-only expedition will be cheaper but you need to be self-sufficient on the mountain. Guided trips obviously include a payment for the guide, which is more expensive for a Western guide than a Nepali Sherpa.

Western or Nepalese operators – local companies will be cheaper because the cost of a western guide permit has to be included, plus of course his or her salary and trip costs. Western companies arguably have higher overheads in their country, although plenty of individual guides are company owners too and work from home.

Bottled oxygen or not – the vast majority use bottled oxygen but for the few who don’t, it’s a saving. One bottle costs around $465.00 and most clients use seven on a standard expedition. 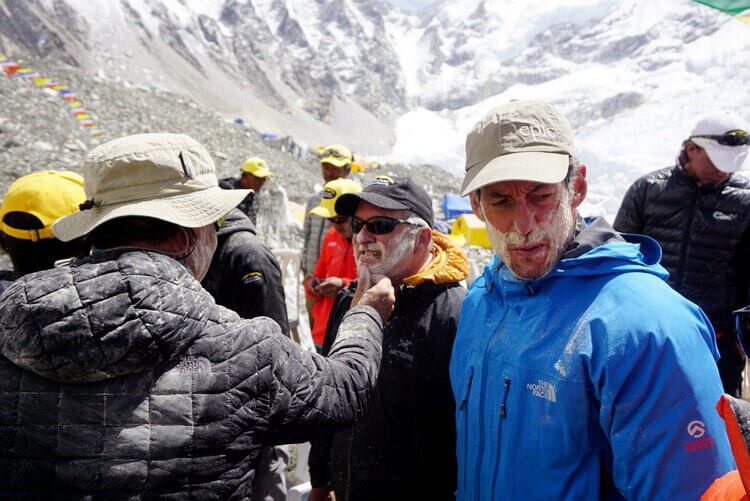 Commercial operators charge a very wide variety of prices for climbing Mount Everest nowadays but generally speaking a guided trip with bottled oxygen on the south side will cost around $45,000.00 and on the north side will cost about $35,000.00. This is a broad average though.

For the south side the price with a Western guiding company can be as much as $90,000 for a standard trip (i.e. on the normal SE ridge route) and this is driven in part by reputational value, additional services (for example a higher ratio of Sherpas to members) and more advanced facilities at base camp and camp 2. A Nepalese company offering a south side expedition might charge as little as $45,000.00. 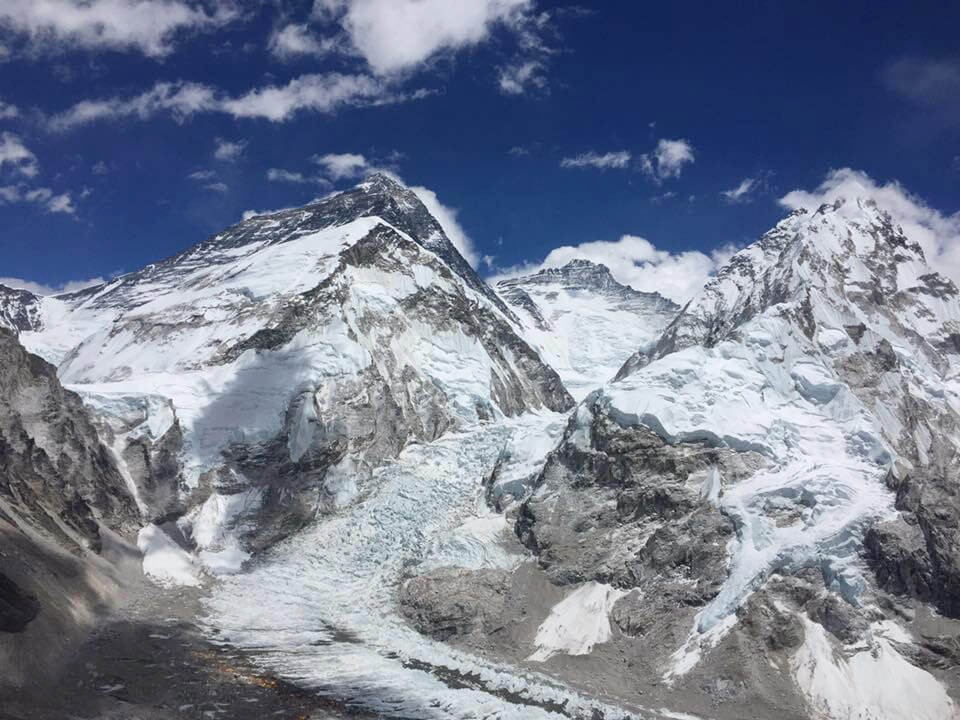 This disparity of cost between companies has raised concerns about levels of pay for Sherpas and safety standards, plus issues regarding professional training for local guides which even includes English-speaking courses. We recently paid for our Sherpas to attend an English course at the British Coucil in Kathmandu, but they were the only guides attending. Yet being able to communicate well on Mount Everest is absolutely vital.

Sherpas wages and benefits are being agreed and applied universally, and safety standards are higher now. Operators are required to provide life, medical and helicopter rescue cover for all staff now. Previously the Nepali insurance companies would only cover up to $4000, but a helivac from base camp cost USD$10,000.

Now that Nepal is part of the UIAGM family enabling them to become qualified international guides they have the chance to work an equal pay scale to guides all over the world, and indeed work all over the world. This will affect pay structures for climbing Sherpas on Everest.

The upshot of all this is that the gap between cheap and expensive companies charging for Everest is becoming wider. For the potential client, the choice has to be made, but for sure the biggest challenge of climbing the highest mountain in the world is getting the money together. For many people it takes years. If you add in the cost of buying the right equipment, flights to Nepal, trip insurance, training trips and loss of earnings during the time away, the figure can easily be $100,000.

COSTS ASSOCIATED WITH A CLIMB OF EVEREST

Peak permit costs are $11,000 per climber for the pre-monsoon season on the south side of Everest, and slightly cheaper in Tibet at about $8000.00. This is a Government fixed charge and they also charge for a Liaison Officer whose job it is to monitor the expeditions and ensure that rules are complied with and that everyone has a permit.

The Icefall Doctors who fix the ropes and ladders receive a fee from each team, and everyone also contributes to the fixing of the rope higher up. This is a combination of money and legwork for carrying gear up and then putting it in place. Each team pays a garbage deposit to the Sagarmatha Pollution Control Committee and also for the weekly collections of human waste which is taken to a large hole in the ground down the valley. Toilet barrels are charged by the kilo.

STAFF ON AN EVEREST EXPEDITION 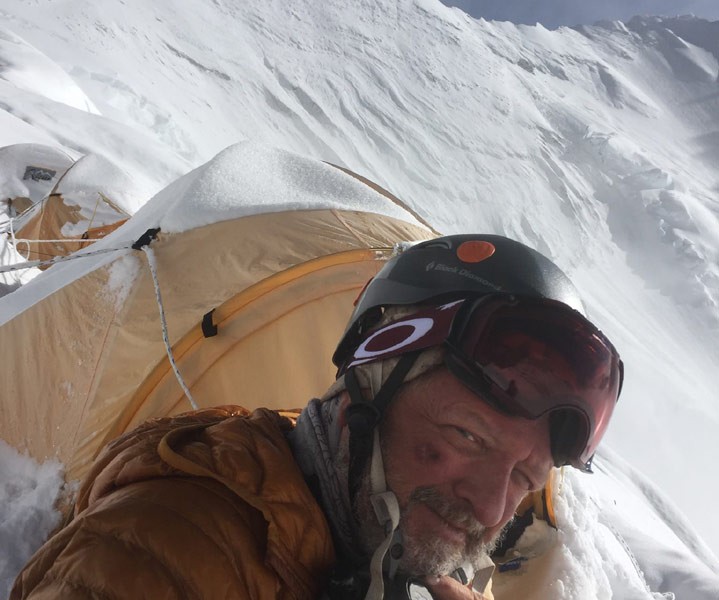 Other staffing of the expedition is not straight forward in terms of pay. Cooks and helpers get more if they work at Camp 2, and staff members also like to earn some extra money by doing carries (which are charged according to the height taken to) and bringing down empty oxygen bottles. Summit Sherpas will get a summit bonus, generally provided by the client they assist. Any camp will have ancillary staff coming and going with fresh food supplies and doing a number of jobs to keep the expedition going. We had a Sherpa whose job it was to deliver film footage to Lukla so it could be flown out to New York every week. I tend to use the same people on all my trips and we have all worked together long enough to create a happy and harmonious atmosphere.

BASE CAMP COSTS ON EVEREST

Base Camp facilities are expensive, with tentage and cooking equipment, generators, and all manner of equipment like climbing gear, toilets, showers, radio communications, wooden flooring, heaters, fuel, mattresses, flags, shovels, tables, chairs, and even plastic flowers. Some camps are luxurious! Many teams now have extensive group camp facilities at Camp 2, weather havens with heaters and computers receiving the latest weather reports. Everest Base Camp becomes a tented city with each team creating a home-from-home environment. It’s not very often you see a climber just with a tent and a stove. My trips in 2002, 2005, and 2007 were like that, I was climbing by myself or with a friend and without bottled oxygen and just one Sherpa, so our camp was very minimal. Thankfully I had good friends who gave me some home comforts, especially Russell Brice whose camp probably ranks as one of the best you’ll find on the mountain.

In 2005 I climbed by myself on Everest and I used the original 1953 Base Camp that John Hunt chose which is quite a bit further down the valley. I was the only tent there, and I used the lodges at Gorak Shep for my meals and the occasional shower. The Government still required me to have a toilet though, so I paid the famous Apa Sherpa to use his one at Base Camp. My approach to the Icefall took a few hours rather than a few minutes, but I always made sure I used that toilet and got my money’s worth!

PERSONAL REFLECTION ON THE VALUE OF CLIMBING EVEREST 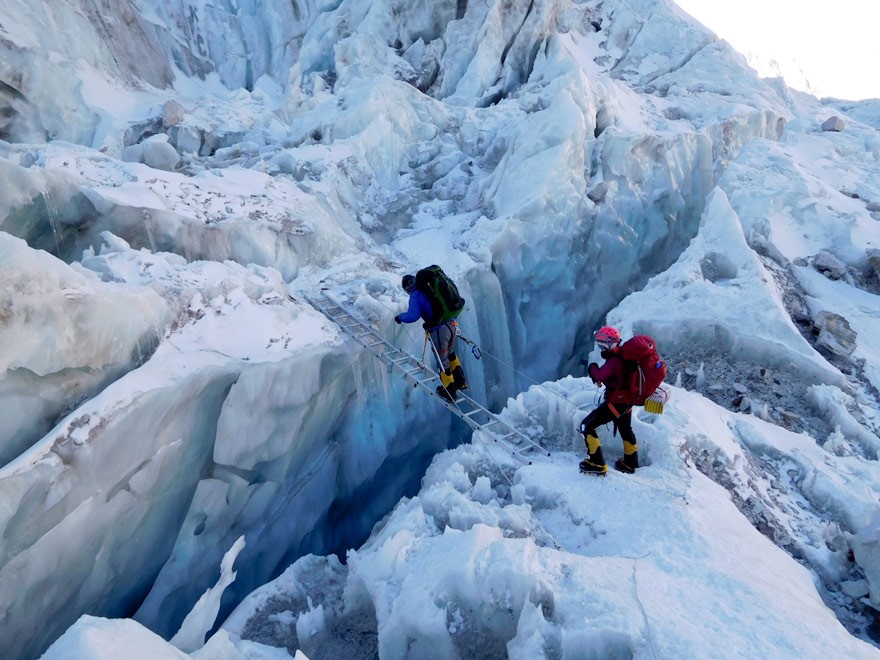 It’s fair to say that with such a huge outlay of money to climb Mount Everest, it’s best to be prepared in terms of experience and mountain knowledge. This is a mountain you might climb after many seasons at altitude building up a solid track record of ascents. I don’t think it’s worth mortgaging your home over. The famous answer of Mallory “Because it’s there” should not apply to people who want to climb it for no other reason than it just being an accessible challenge. Having been on six Everest expeditions myself and stood on top finally in 2011 after five attempts with and without oxygen on both sides, I can testify that it’s worth the wait when it’s done properly. 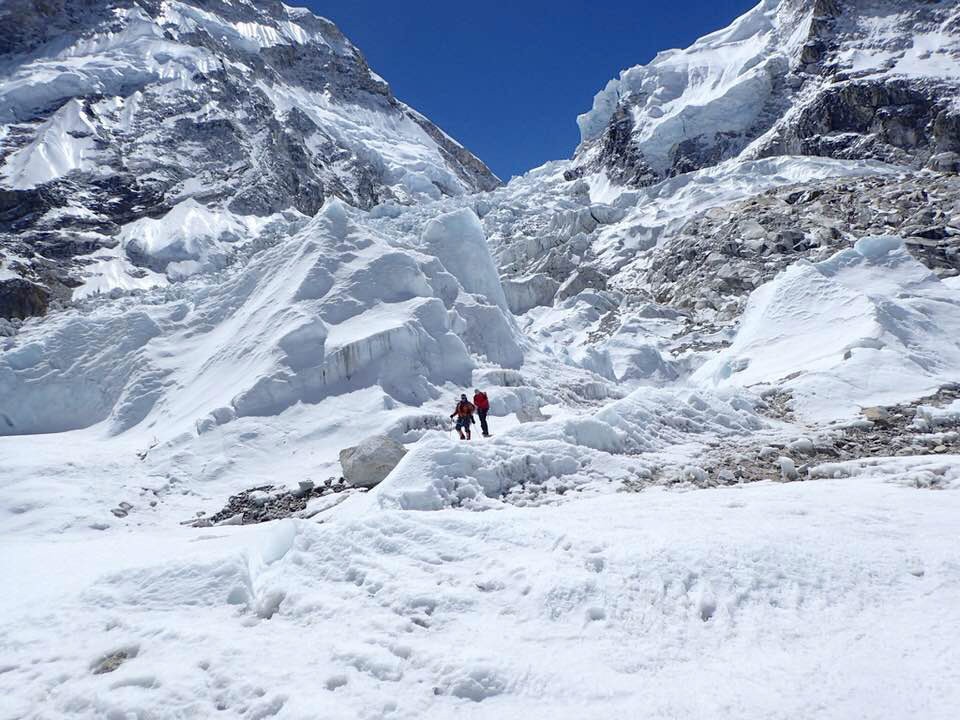 This Mail Online article about climbing Mount Everest is all about Gavin and his experiences climbing the mountain.

You can read Gavin's interview with 1953 - The British Everest Story about his six climbs on the mountain which answer in more detail the aspects of each expedition and what were the outcomes along the way. This website is special because it only concentrates on British climbers and is a real source of authentic information.

If you are the one who would like to climb the tallest mountain of the world Mt Everest then here is our special deal today, the seats are limited book with us to experience this experience of a lifetime. For more details click the link HERE