"Tiji" the name is an abbreviation of the word "Tempa Chirim '' which means "Prayer for World Peace". This festival is a fascinating Buddhist annual three-day celebration festival in the Upper Mustang region of Nepal. Ancient mythology relates how the Tiji Festival was celebrated to mark the victory of good over evil. It is believed that what is now the Mustang region was in trouble, and was being destroyed by a demon that spread disease and took away water. Dorje Jono fought and defeated this demon and the festival celebrates his victory with prayer chants and colorful dances. This festival commemorates the victory of Lord Buddha's incarnation Dorjee over a demon called Man Tam Ru, a vicious creature feeding on human beings and causing storms and droughts.

The Tiji festival is celebrated every May in Lo Manthang, the walled city located in the remote kingdom of Mustang in northern Nepal. Wilderness Travel experiences this festival on their trip Mustang: Hiking to the “Sky Caves” of an Ancient Kingdom.

The festival ceremony is performed in different forms for more than a few centuries and consists of three days of masked dancing by the local peoples, as results in the dhakey or homicide of an evil demon by the god Dorje Shunu. Originally a spiritual practice to ward off obstructions and anguishing, it has also come to be a symbol of the power and optimism of the people of Lo in the Mustang valley.

The celebrations of Rituals and the Festival 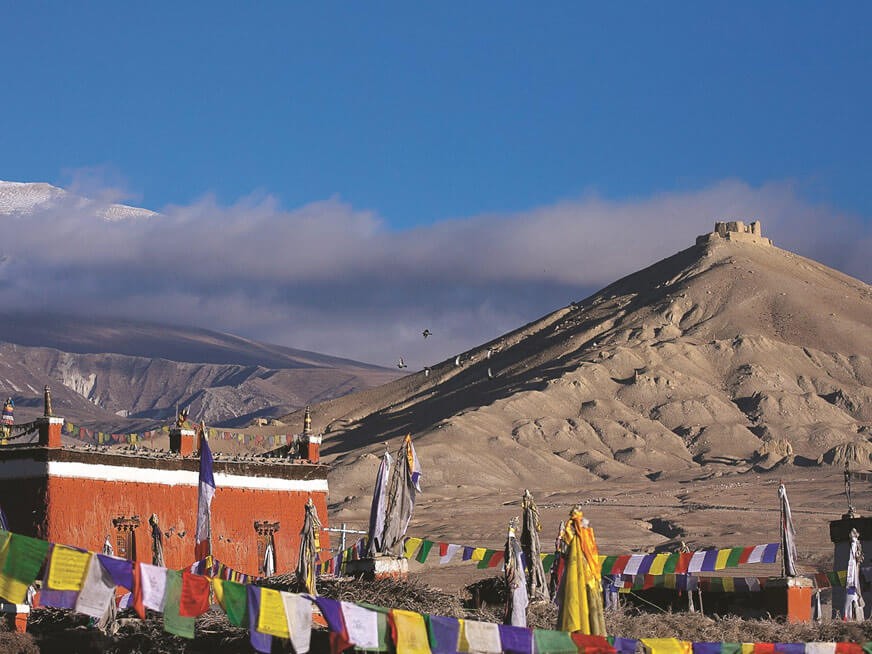 On the 1st day of the Tiji Festival;

The monks usually perform a religious dance called ‘Tsa Chaam’ it symbolizes the story of the birth of ‘Dorji Sonam’- a reincarnated Buddha to a demon. This demon harassed the kingdom of Mustang and brought havoc to the country. You can witness the monks enacting the harassment of the said demon on the people of Mustang. Occupation

On the 2nd day of Tiji festival;

The monks perform ‘NgaCham’. During this performance, Dorjee Sonam tries to return the demon to the Buddha realm.

On the 3rd and final day of the Tiji festival;

On the final day or 3rd day of the festival celebrations, the ‘Rha Chham’ dance takes place. On this ceremony, Dorjee Sonam triumphs over the evil demon and banishes him from Mustang.

The monk who plays the role of Dorjee Sonam does this by throwing an effigy. This effigy made from Tsampa (barley) represents the demon ‘Ma Tam Ru Ta’.

This defeat brings peace and prosperity to the land of Mustang. Every year Tiji festival takes place in the hope of spreading peace throughout the world. 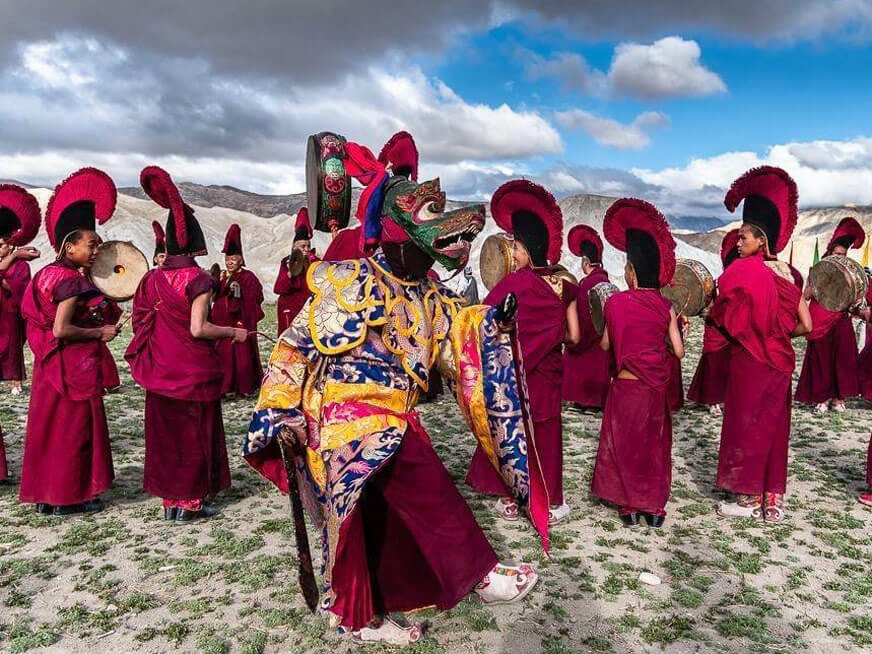 The festival begins with an assembly of monks along with offerings and prayers.

Soon there is the loud blare of the traditional long copper horns or dungehen, accompanied by the beating of drums and cymbals.

Soon the masked dancers appear and the tsowo, or main dancer, can be recognized by his elaborate mask and hand-embroidered silk robes.

The early dancers represent preparation or invoking of protective deities, along with the purification of the ground on which the dances will be performed. The dances increase in intensity during the second day.

During the festivals, Most of the dancers wear complex and bright costumes that portray either deities or animals. 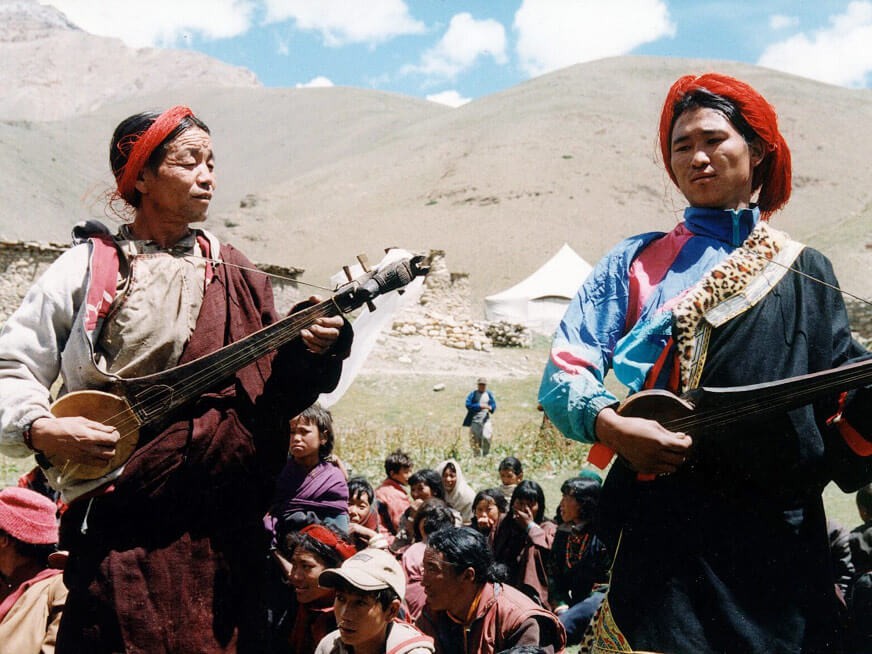 An ancient five-hundred-year-old walled city of Lo Manthang is located at the elevation of 12,600 feet and is very near to the Tibetan border. In centuries past, the Upper Mustang was placed along an important salt route that went south from Tibet to India. There are Tibetan Buddhist monasteries in Mustang that predate many in Tibet, extending back to the eighth century.

The spiritual Tibetan culture is alive and well in this remote area of the world, allowing one to visit several functioning Buddhist monasteries with delicate frescoes and other remnants of Tibetan Buddhism.